Early inflammatory arthritis (EIA), classically defined as >6 weeks and ≤ 12 months duration is often difficult to diagnose and classify. Our group has previously reported IL-17+CD8+ T (Tc17) cells within the joints of patients with Psoriatic Arthritis (PsA). More recently we have shown many of these cells have properties of Tissue resident memory (TRM) T cells, a recently defined subset of CD8+ T cells which remain resident within tissues.

We sought to identify the presence and frequency of Tc17 /TRM cells and other cytokine expressing cells within the joints of patients with EIA.

Patients with EIA had synovial fluid samples collected after giving informed consent in the Guy’s Hospital Rheumatology clinic. Synovial fluid mononuclear cells (SFMC) were immediately isolated and cryopreserved. For FACs analysis cells were thawed and stimulated for 3 hours with PMA, Ionomycin and Golgistop, and then stained for CD-3, CD-14, CD-4, CD-8 and cytokine expression (IL-17, IFN-g and TNF-a). 12 samples also had extracellular stain for the presence of TRM cells (CD69+CD103+ CD8+ T cells). Samples were all acquired on a BD Canto Flow Cytometer and analysis was completed using FlowJo and PRISM.

This preliminary study of 18 patients with EIA shows that the Tc17 cells are clearly found in SF of patients with early PsA and those with other SpA/REA. The less well defined oligo EIA and RA have very low Tc17 levels. SF TRM cells have only previously been described in Juvenile Idiopathic Arthritis. These data show that TRM cells are present in the joints of most patients with EIA. These very preliminary data will need increased numbers to identify any potential role these cells may play in persistent inflammatory arthritis. 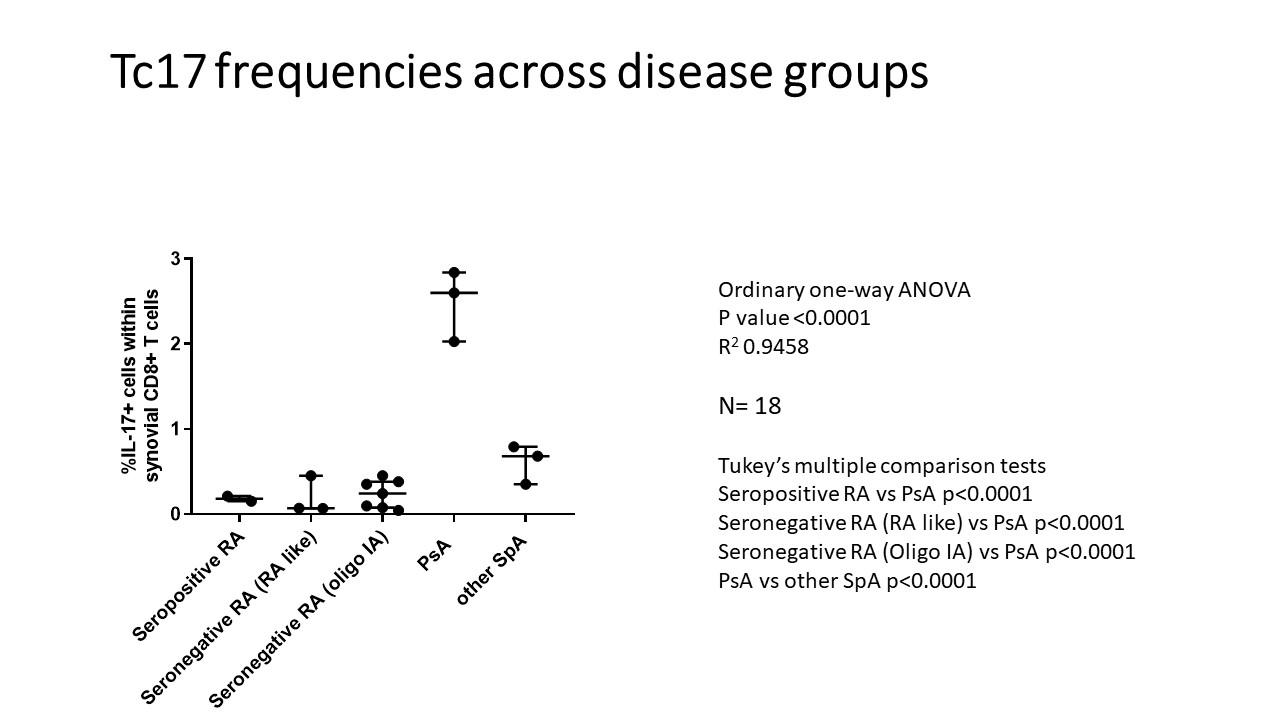 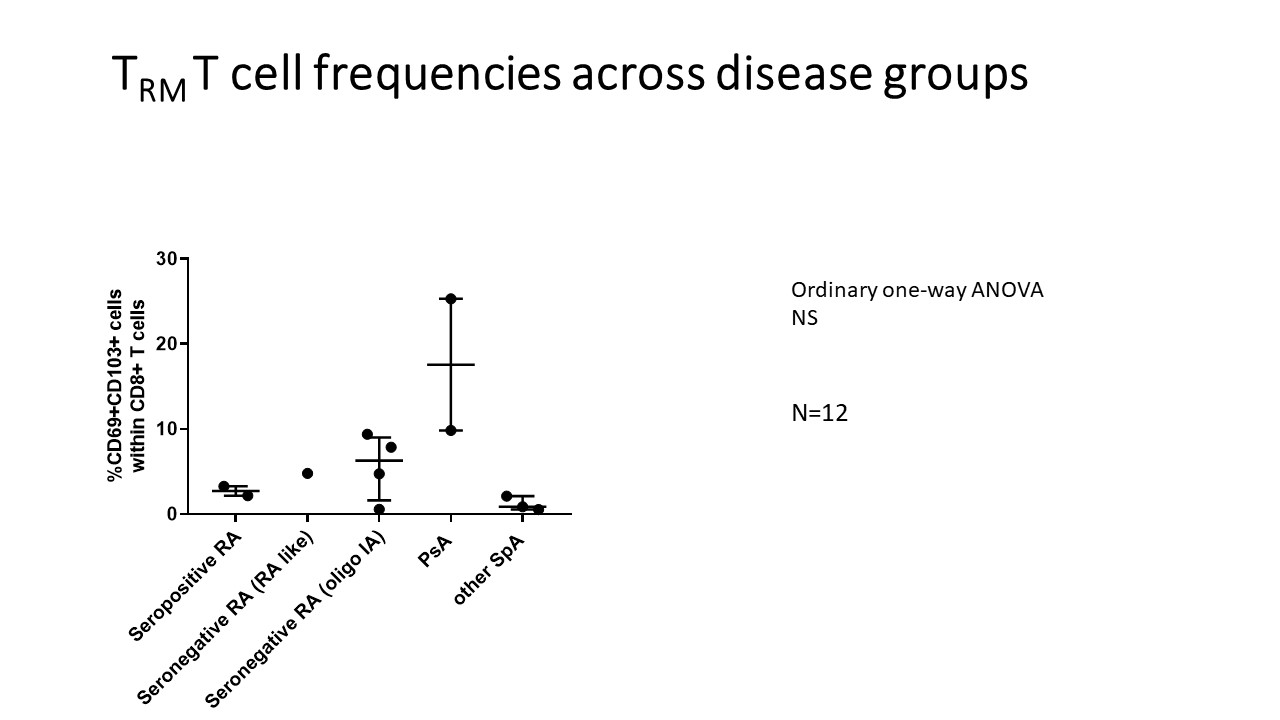