TIBIA HONEST: IT TAKES A LOT OF SPINE TO DIAGNOSE DISC

CRMO is a rare autoinflammatory condition characterised by sterile bone osteolytic lesions which is described mainly in children with a female preponderance1.

A 31 year-old male presented with a 4-week history of productive cough, abdominal pain, left sided chest pain and right hip pain. He is a smoker with a background of heroin addiction and alcohol abuse. He was homeless and no family history available as he was fostered.

His chest radiography was unremarkable but he had inflammatory markers. He was treated for a chest infection and heroin withdrawal. CT abdomen and pelvis demonstrated multiple osteolytic lesions in the pelvis, sternum, thoracic and lumbar spine. His HIV, Quantiferon and blood cultures were negative. His immunoglobulins, urine Bence Jones protein and echocardiogram were normal. In-depth assessment by the ID team failed to isolate an infective pathogen. Bone marrow aspirate and trephine were unremarkable. Two CT-guided bone biopsies showed plasma cells and macrophages. His condition deteriorated rapidly over 2 months. He was wheelchair-bound and had dramatic 10kg weight loss.

In the absence of an infective or malignant cause, the Rheumatology service was consulted. Having reviewed the extensive data available, he was diagnosed with a likely but unusually aggressive form of adult-onset chronic recurrent multifocal osteomyelitis (CRMO). He was commenced initially on IV methylprednisolone, zoledronic acid, methotrexate and etoricoxib. Subsequently he was treated with tocilizumab and teriparatide. Whole body MRI revealed numerous other lesions not evident on previous imaging including lesions of the distal right humerus, proximal right femur and both tibias. His symptoms and inflammatory markers improved substantially over several days following treatment. A repeat full body MRI demonstrated dramatic improvement in the bony lesions. Soon he was able to walk again and gained weight before he absconded from the hospital. His treatment was changed to tocilizumab infusion and denosumab injection to facilitate compliance.

This is an unusual case which posed a significant diagnostic dilemma. Ruling out infection particularly in vagrant heroin abuser presenting with multifocal osteolytic lesions was challenging. The severity of his condition necessitated using novel treatments such as Tocilizumab2. 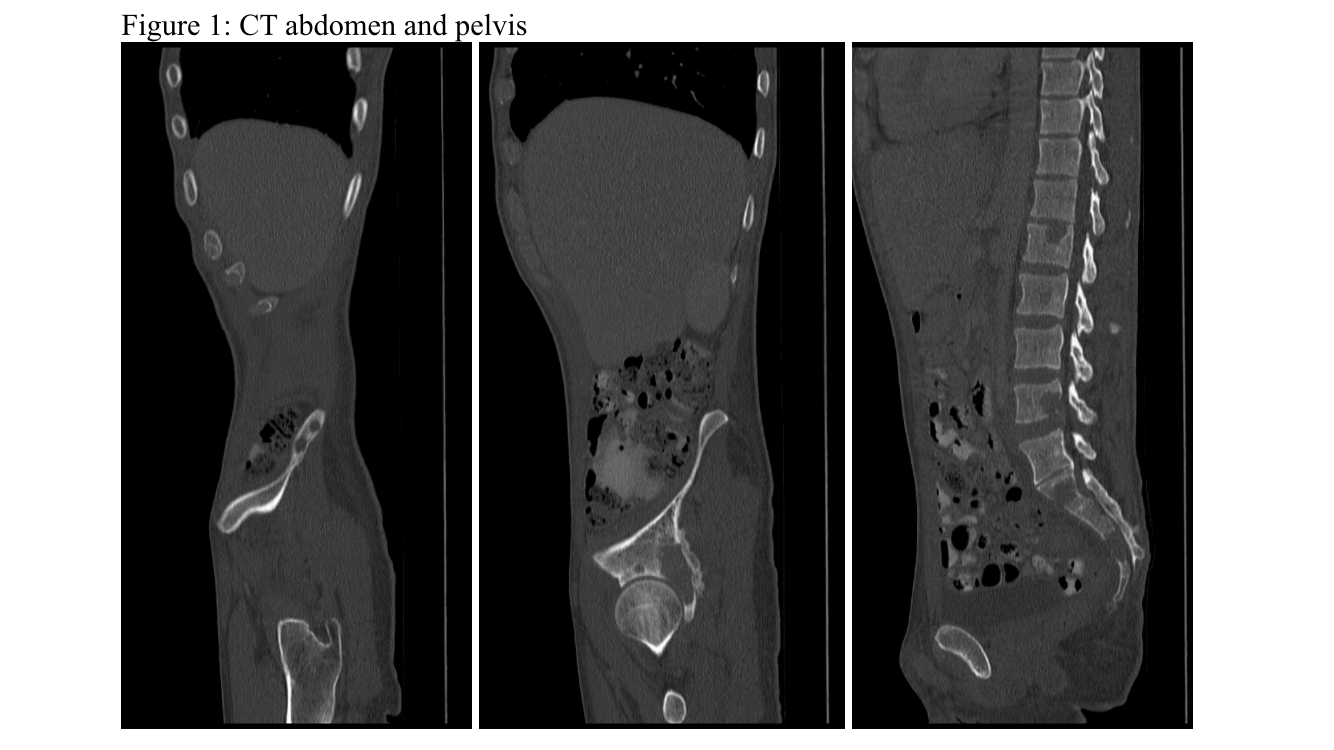 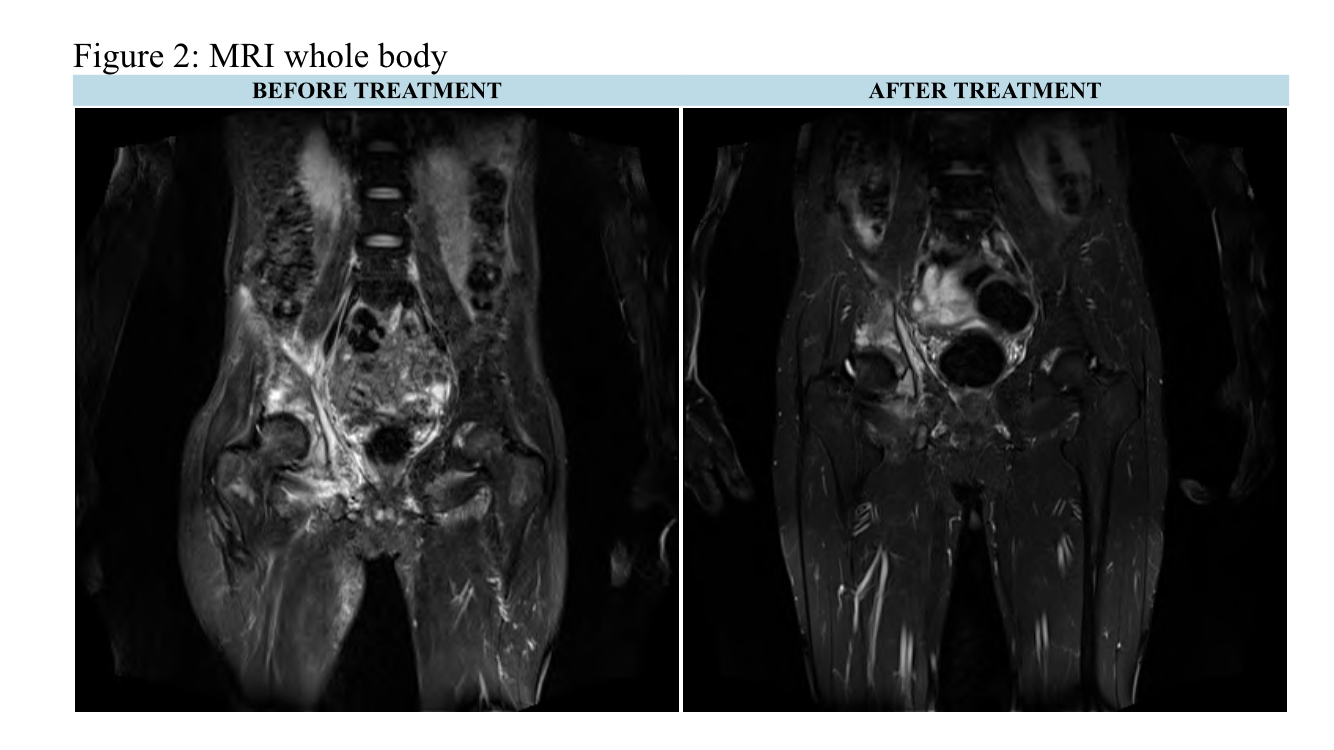